So what happened? Did Shutu die?

As I write this blog post I don’t know whether I want to focus on the end more or what lead to an ending like that. Surely A Death in the Gunj was a beautifully directed movie for it kept foreshadowing an impending death and kept leaving the end of the plot in the nuances of its making; only it didn’t serve the audience an expected revelation or in a more colloquial sense, ‘refused to spoon feed the audience.’

Why is the audience forced to think about the end? A movie that so plainly laid all its characters in place, didn’t adhere to the ‘thriller-drama’ formula instead chose to drop hints with extreme close up shots since the very beginning of the movie, why did it not say just what happened in the end? I think it is a classic case of drop the details and weave your version as to what just happened. I guess it was a brilliant move to involve the audience into the story to decide what happened in their version of the story.

In my version of the story the threat to the identity and roles of a gender was so exhaustively tackled that the threat barely seemed like a threat, yet had the potential to play with the audience, and was shot dead in the socially acceptable construct of toxic masculinity.

So, what happened in your version of the story? Or was there ever a version? 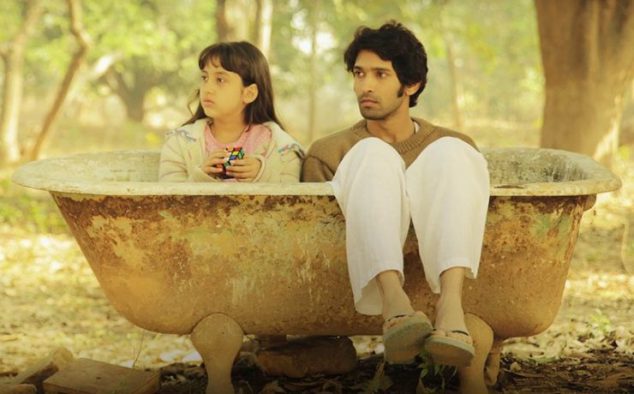 Was there a reason why Shutu and Tani went along well? Maybe Shutu even found some solace in the un-tainted perspective of Tani’s world.

A few years back while watching Tony Kaye’s Detachment, I was inspired to write my own version of what a close one would say at my funeral. Two years back, sitting in the mundaneness of a conference room turned classroom, my magazine journalism instructor told us about obituary writing. I still remember she told the class, “Do you know that Amitabh Bachchan’s obituary is probably worked on, thoroughly updated, and lying in all the print media houses? They’re prepared.”
And I remember muttering to myself ‘what a sad thing!’
Thinking about this episode from the past I found myself wondering if Amitabh Bachchan was trying to control the records of his life y doing what Harriet Lauler did in The Last Words.

So, I spent about a week submerging in the world of Geisha culture in the book, Memoirs of a Geisha and Chiyo’s personal narrative certainly hosted individuality until the last two chapters of the book made the Chairman, ‘the hero’ of her story. While I’m not against fairytales and happy ending romances in fiction, I’m also very easily bummed when a primarily Bildunsgroman genre submits itself to the story of another individual, in this case a kind hearted, gentle, man of position, power and influence- the Chairman. As much as I appreciated Chiyo’s character in the book as a person having hope midst the atrocities of life and making the Chairman and her affections for him the constant of her life, I resented the portrayal of the Chairman as a messiah of her story in a way that the entire narrative of her struggles, hard work, and success as a Geisha was overshadowed by his mercy and kindness.

If you eat a fish in the dream, does it count? Does it mean you’ve eaten fish?
The cheerful man without footprints- did he count?

A promise well-kept could mean a kind of heaven, and a whirlpool of nothingness can stand for a kind of hell. What amazes me about What Dreams May Come is that it doesn’t use symbolism to convey hardships in love; rather it uses the medium of imagination to explore a beautiful relationship between Annie and Chris, a kind of love that stays beyond what constitutes a kind of reality.

Can you ground rule love with morality? If so, does it work?

Wong Kar-wai’s In the Mood for Love isn’t just a simple, visually enticing and expressive movie where a similar kind of betrayal sows seeds for togetherness in suffering that eventually circulates to its own source. It’s a movie that tries to replicate the betrayal by the sufferers in order to understand their own partners and to share affinity in the similar kind of pain thus transcending into their own kind of love. Set in the 1960s’ Hong Kong, the cultural setting of the story and the characters seems to be streamed into the rigid constructs of marriage and morality, which of course the movie doesn’t fail to portray visually by using the ‘frame within a frame’ technique of cinematography. Often caught up between the classic conflict of ‘to do or not to do,’ Chan and Su’s love is sadly left behind as a secret whispered in a cracked wall of some distant temple in Cambodia.

Am I in love with Josh Radnor? One would think so. Two days back it was Happythankyoumoreplease and today, it is Liberal Arts. I think it’s got something to do with the essence of scripts in both the movies. There are no larger than life characters neither is there any exclamatory moment of climax, only those subtle but profound moments of revelations, simple revelations about living and just being. And that’s what makes it even harder to appreciate movies like these for you cannot glorify or subdue the simplicity; it is just as it is.

But unlike Happythankyoumoreplease, Liberal Arts has an underlying theme: the disjunction of one’s life with one’s own age. You can trace the pattern everywhere in the movie; it’s in the 19-year-old Zibby’s being ‘a little old fashioned and ahead of her times,’ Jesse being a little ‘stunted,’ and Prof. Peter Hoberg’s confession of feeling like a 19-year-old all time and never being able to live that same age ever again.

Ten years ago when I had watched Wake up Sid, I was a child with hopes and aspirations and dreams to hold on to. At that time this movie was all about growing up and living the life of my dreams just like Aisha. The scary proposition of moving to a new city and building your life there moment by moment was exciting to me, also the independence that came along with it. The movie doesn’t focus entirely on the hardships that the Bombay city presses on you once you choose to live and make a life in this city and so then the child in me aspired for how Aisha lived and what she had.

Ten years later, today, I have come a long way- I pursued my graduation in Bombay, explored myself as a writer and then moved to Ahmedabad for my post graduation in English literature. Where my life was drawing parallels with Aisha’s in my years in Bombay and the independence of living I had a chance to experience in Ahmedabad, my post education time and my cluelessness today to find a purpose in life slowly drags me to relate more with Sidhharth’s character these days. In all these years my life has changed and so has the dynamism of characters crafted in the movie for me. Maybe that’s what it means when an art grows with time.